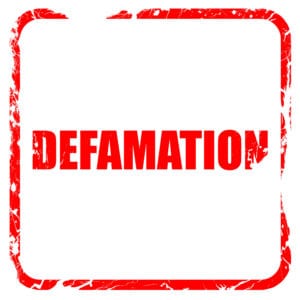 The California Supreme Court has agreed to hear arguments from a lower court’s decision affirmed by the Court of Appeals to require Yelp to remove defamatory reviews concerning a California attorney.  The case is significant if it is upheld because Yelp was NOT a party to the underlying lawsuit.

Dawn Hassell and her firm represented Ava Bird during the summer of 2012.  Bird thereafter published an allegedly false and defamatory review about Hassell.  Bird refused to remove the reviews after demand by Hassell and continued to post negative reviews.

Hassell filed suit against Bird and obtained a default judgment against Bird for damages and an injunction requiring Bird and secondly Yelp to remove the defamatory reviews.  Bird refused and then Yelp refused to remove the reviews.  Yelp initiated an appeal to vacate the judgment as to Yelp as it was a non-party to the litigation and which to date has been upheld in the California appellate Courts and is pending in the California Supreme Court.

One of the significant aspects of the ruling was that Section 230 of the Communications Decency Act (CDA) did not bar the trial court from issuing the removal order because the order did not impose any liability on Yelp and therefore the CDA was not at issue.  The court of appeals in its ruling stated that the California Supreme Court “has explicitly confirmed that injunctions can be applied to nonparties in appropriate circumstances,” despite Yelp’s argument to the contrary.

The case is significant, if it stands up on appeal, for those who have had online defamatory online reviews, sued the poster, and the poster has nevertheless refused to remove the postings, as often times websites will nonetheless refuse to remove the content because it was a non-party to the case and is not under order to comply,  and will claim it is otherwise immune from such orders under the CDA.