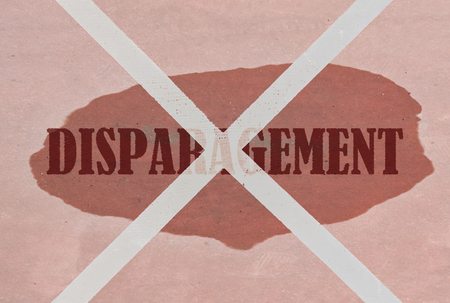 On June 19, 2017, the Supreme Court issued an opinion in Matal v. Tam, 137 S. Ct. 1744 (2017), striking down the disparagement clause in the Lanham act that had been in place since 1946. The clause reads that no mark will be registered that is a “matter which may disparage or falsely suggest a connection with persons, living or dead, institutions, beliefs, or national symbols, or bring them into contempt, or disrepute.” 15 USC § 1052. The ruling has massive implications for Trademark Law moving forward, but before we jump into that, let’s examine the court’s rationale in striking down the disparagement clause.

In Matal v. Tam, an Asian-American band wanted to register the mark “The Slants,” which was deemed to have been offensive to other Asian-Americans, and therefore was denied registration. On appeal to the United States Patent & Trademark Office (“USPTO”), Tam, the registrant, was again denied. Tam then appealed to federal court, where the Federal Circuit found the Disparagement Clause to be facially unconstitutional under First Amendment free speech. On the government’s appeal to the Supreme Court affirmed the Federal Circuit holding. Two of the main arguments proffered by the government for preserving the disparagement clause include:

#1.  The government argued that trademarks are government speech, and therefore not subject to First Amendment protection. The Court found this claim to be farfetched, in that simply giving a private mark a seal of approval and calling it government speech is a slippery slope to silencing or muffling the expression of a disfavored viewpoint, exactly the activity the First Amendment is supposed to protect against.

#2.  The Government made an argument that government programs were able to provide subsidies for private speech which expressed a particular viewpoint, without having to subsidize the alternative or conflicting viewpoint, such as funds to family planning services. The Court distinguished that a trademark registration was nothing like a subsidy, as no mark owner is monetarily compensated for registering their mark. The opposite is true as registrants must pay a $225-$600 filing fee and $300-$500 every 10 years to keep their mark active, which ultimately funds the USPTO services. Therefore, trademark registration is not considered a subsidy, but more similar to the fees for motor vehicle registration and a license to operate a motor vehicle, which are not expressive of promoting a viewpoint.

Ultimately, all of the governments arguments failed to satisfy the Court, and it was ruled that trademarks are not exempt from the first amendment free speech clause on the grounds that it was government speech. So, what does this mean moving forward?

The most famous and obvious dispute this case implicates is the Washington Redskins professional football team, who will likely be allowed to continue using its trademarks. Further, we could see the Scandalous and Immoral Clause tested and struck down the same way the Disparagement Clause was. In a case pending before the Fourth Circuit, the USPTO submitted a letter brief stating that the same reasoning applies to the Scandalous and Immoral Clause as well. This opens up many doors for trademark registration, including pornographic marks, and marks bearing racial slurs, as well as offensive religious material, we may also see many registrations of groups attempting to reclaim offensive words, much like the mission of The Slants. Be on the lookout for more cases dealing with these issues, as they are sure to come up as time goes on.