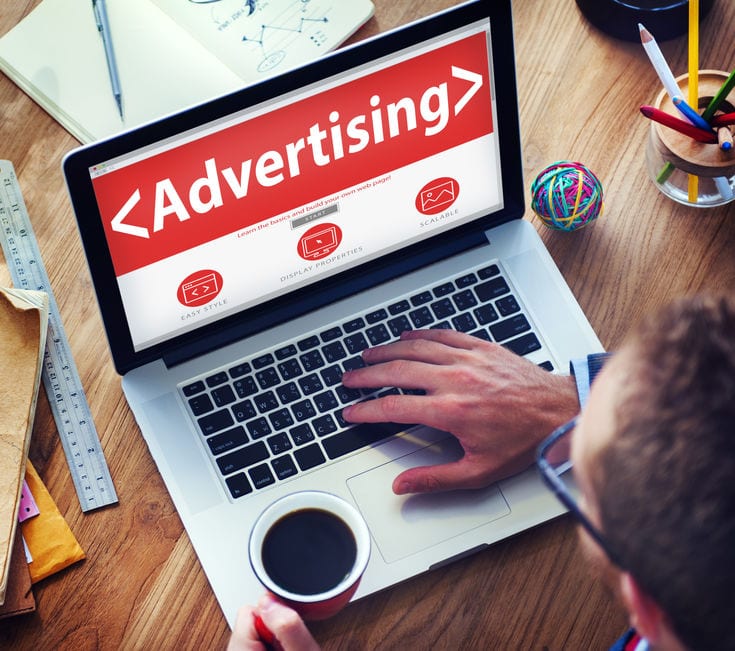 The Federal Trade Commission (“FTC”) is the agency that, among other things, regulates advertisements and issues guidelines for following its regulations. The FTC seeks to prevent the use of advertisements that deceive or are likely to deceive the public. If you advertise, either offline or online, you will want to be certain that you comply with the FTC Advertising Guidelines and follow its regulations. Those who fail to comply when publishing their advertisements can find themselves subject to injunctions, fines up to $16,000, and mandatory consumer refunds once the FTC discovers a noncomplying ad.

The FTC’s Concern Regarding Advertising

The FTC was legislatively created to stop unfair practices in the competition of businesses and to protect consumers who engage with those businesses. In the realm of advertising, this means that the FTC wants to prevent businesses from tricking consumers into buying their products by using advertisements that present something other than what the businesses have to offer, or that make claims about their products with no true evidence (or less evidence than the advertisement has led the consumer to believe) supporting those claims.

Consumers want to be able to use advertisements to learn about products and services and make informed choices about purchases without worrying about being deceived into giving up money for something unwanted. The FTC removes advertisements and punishes advertisers who publish these kinds of ads so that consumers can rely on ads without concern.

Businesses want to be able to operate honestly by selling the best goods or services they can and attracting customers to products on the merits of what they have to offer. If another business can lie about its identical or inferior product and divert customers away from your business, this good, honest method of operation becomes no longer viable. By regulating advertisements, the FTC also ensures that businesses are not punished simply for a reluctance to lie to their customers.

FTC Guidelines for Substantiation in Advertising

Advertisements will often make substantiation claims that support the picture of their product that they are painting. Recommendations from medical professionals, citations to studies about the product, and claims of passed tests are all examples of substantiation claims that many advertisements use to gain the trust of consumers. Even if this kind of support is not explicitly stated in the ad, the content of the ad may lead customers to reasonably assume that the support is nonetheless present and put their trust in the product because of that assumption. The FTC wants to be sure that this trust is properly earned.

If substantiation claims in advertising are reported to the FTC and/or are found suspicious, the FTC will either make an inquiry into a specific claim made in an advertisement or an industry-wide inquiry regarding a number of similar claims made in a various advertisements.

In cases where the substantiation claim is expressly stated in the copy of the ad, the FTC is looking for evidence that the claim is supported at least to the level stated in the advertisement. In cases where the advertisement makes no claim of substantiation, but the FTC determines that a reasonable consumer would believe that support exists, the FTC requires that the support match what is actually communicated to consumers. Otherwise, claims are assumed to be reasonably based on some sort of evidence, and the FTC decides if a claim meets this standard by looking at “the type of claim, the product, the consequences of a false claim, the benefits of a truthful claim, the cost of developing substantiation for the claim, and the amount of substantiation experts in the field believe is reasonable.”

Similarly, the FTC regulates advertisements that compare a product to a competing product. The foundation of the FTC’s regulation is, again, truthfulness. The FTC encourages the use of comparative advertising when it is clear which aspects of the products are being compared, and what support there is to make these claims of comparison. It even allows advertisements that are critical other products, so long as this criticism is done by showing, with proof, that your product is superior. This practice is not allowed by other industry codes and the FTC can challenge codes that restrict this kind of advertising.

How a Lawyer Can Help

Lawyers, such as those at Traverse Legal, who work in internet advertising law will be well-versed in the intricacies of the guidelines and regulations of the FTC and will easily be able to spot any issues with truthfulness, substantiation, or comparative claims that could lead to injunction or punishment from the FTC. Traverse Legal attorneys can review advertising copy before it is published to stop the mistake of using noncomplying advertisements, saving a business the trouble of dealing with an FTC inquiry and the costs associated therewith. Businesses are liable for the claims they make in their advertisements and as with any source of liability, it is vital to have a legal expert there to help guide you through the law.  Give Traverse Legal’s attorneys a call today to discuss how we can help with reviewing your online advertising truthfulness, substantiation claims, and comparative claims.