What is Right of Publicity? Protect Your Name and Likeness. 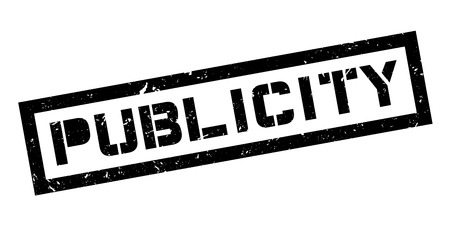 Somewhat related to a claim of copyright infringement (and often preempted by such a claim – more on that later), is the claim for Right of Publicity.  While sometimes available to any individual, Right of Publicity is typically aimed at protecting the name or likeness of famous individuals.

Your Right of Publicity, Name and Likeness

What Do I Need to Prove?

California recognizes both a statutory and common law Right of Publicity, both of which can be asserted in the same lawsuit. “The elements of a right-to-publicity claim under California common law are: (1) the defendant’s use of the plaintiff’s identity; (2) the appropriation of plaintiff’s name or likeness to defendant’s advantage, commercially or otherwise; (3) lack of consent; and (4) resulting injury.”  In re NCAA Student-Athlete Name & Likeness Licensing Litig., 724 F.3d 1268, 1273 n. 4 (9th Cir. 2013).  California’s statutory Right of Publicity “requires a plaintiff to prove all the elements of the common law action plus a knowing use by defendant as well as a direct connection between the alleged use and the commercial purpose.”

There have been instances in which a Right of Publicity claim has been preempted by Plaintiff’s copyright infringement claim.  The Ninth Circuit recently found that a Plaintiff actor’s claim that his Right of Publicity had been violated was preempted by the Copyright Act because the “factual basis of his right of publicity claim was the unauthorized reproduction of his performance on the DVDs.”  Jules Jordan Video, Inc. v. 144942 Canada Inc., 617 F.3d 1146, 1154 (9th Cir. 2010).  Therefore, the “essence” of Plaintiff’s claim was the reproduction and distribution of DVDs without authorization, which fell under Copyright protection.   Explaining the rationale behind this, the Ninth Circuit stated that: “Were we to conclude that [Plaintiff’s] misappropriation claim was not preempted by the Copyright Act, then virtually every use of a copyright[] would infringe upon the original performer’s right of publicity.”  Laws v. Sony Music Entm’t, Inc., 448 F.3d 1134, 1145 (9th Cir. 2006).

And, like copyright infringement, Right of Publicity is also subject to First Amendment defenses.  Similar to Fair Use under copyright law, which focuses on the transformative aspects of a work, an alleged violation of Right of Publicity may also be defended as being transformative.  This is because “when a work contains significant transformative elements, it is not only especially worthy of First Amendment protection, but it is also less likely to interfere with the economic interest protected by the right of publicity.”  Ross v. Roberts, 222 Cal. App. 4th 677, 685 (2013).

Overall, Right of Publicity can be an effective claim in some states for individuals to utilize when their name or likeness has been used for commercial purposes without authorization.  While similar to Copyright Infringement, it is a claim that needs to stand on its own two feet to avoid preemption.

If you believe that your Right of Publicity has been violated or have been accused of violating another’s Right of Publicity, Traverse Legal is here to help navigate your options.  Contact us for assistance today!