Can Derivative Works Be Copyrighted? 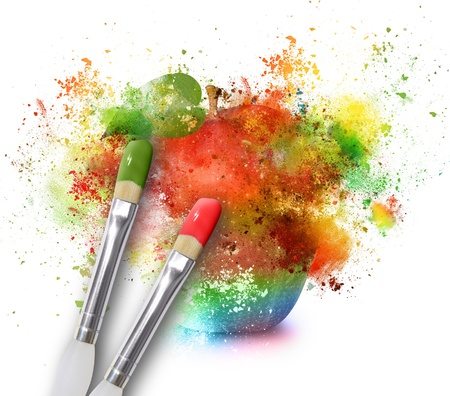 Image yourself an artist (of any sort) who has drawn such great inspiration from another (copyrighted) work that you would like to modify that work to create something new.  Are you allowed to do so?  Could you get a copyright to your new creation? As with most questions in law, the answer is: it depends.

“A work consisting of editorial revisions, annotations, elaborations, or other modifications which, as a whole, represent an original work of authorship” (17 U.S.C. § 101) is called a Derivative Work.  The original copyright owner typically has exclusive rights to “prepare derivative works based upon the copyrighted work” (17 U.S.C. § 106(2)).  It is considered copyright infringement to make or sell derivative works without permission from the original owner, which is where licenses typically come into play.

In 2013, the Second Circuit determined that “Prince’s artworks manifest an entirely different aesthetic from Cariou’s photographs.”  Specifically, the Court found Cariou’s black and white photographs to be “serene and deliberately composed portraits” while Prince “created collages on canvas that incorporate color” with the overall “composition, presentation, scale, color palette, and media” being “fundamentally different and new compared to the photographs.”

Richard Prince has also found himself in similar hot water for his 2015 exhibition “New Portraits” that consisted of photos taken from other Instagram users without permission.  Because Prince added his own commentary to these photographs, they were considered original artwork.

Overall, with artists such as Richard Price and cases such as Cariou v. Prince existing, the line between derivative and transformative can become blurred.  If you are creating a derivative work based upon another’s copyrighted work, Traverse Legal’s Attorneys can help you determine your rights and also file copyright to your derivative work.  Give us a call today!